Who is Margaret, and Why does she have a Place?

The following article was included in the program for the 2012 Palm Sunday Tour of Homes held in Margaret Place. More historical information from the same source can be found on this "The History of Margaret Place" article. 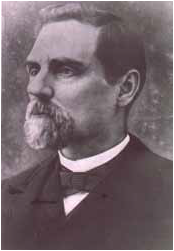 Allen Jefferson Perkins, Sr., was the son of Reese Washington Perkins, who had settled in what was then western St. Landry Parish in 1824. Reese was an early justice of the peace and was instrumental in forming the Antioch Baptist Church at Big Woods in 1838.

Reese witnessed the creation of an old Imperial Calcasieu Parish in 1840. In 1854, the young Allen J. Perkins married Margaret Andrus and together they farmed and reared a family.

After the Civil War, Perkins entered the lumber industry and in 1870, with his friend Charles Miller, started the Perkins and Miller Lumber Company, and expanded it to become one of the largest mills in the area. Perkins also operated schooners and mercantile stores.

In 1885, Perkins purchased approximately 37 acres of land between the Lake Charles lakefront and Ryan Street from the Sallier heirs. The family built their principal home on what is now the corner of Park Avenue and Shell Beach Drive, and it was surrounded by orchards, a garden, grazing fields, and a barn. 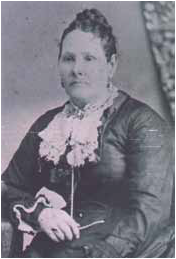 At that time, Perkins had to travel by boat, or cross the lake on one of the ferries, to get to his business enterprises in Bagdad and on the west side of the lake. The first vehicular bridge over the lake was not built until 1916. In later life, Perkins subdivided 160 acres surrounding his mill to create the City of Westlake. The Perkins and Miller Lumber Company was later purchased and operated as the Krause and Managan Lumber Company.

Following Allen Perkins death in 1895, Margaret received the parcel of land commonly referred to as the Perkins Homestead and and Margaret's Pasture.

In 1910, Margaret Perkins died. The Hi-Mount Land Company purchased the property from the four Perkins heirs in 1911, but that sale was rescinded and the plat first submitted rejected. 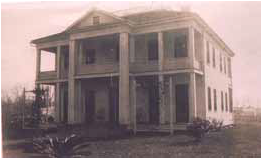 The property was sold to the Richard-Wasey Company on August 19, 1912 for $35,000. The final plat of Margaret Place was recorded in the Calcasieu Parish Clerk of Courts conveyance records on October 2, 1912, and the Richard-Wasey Co., Ltd. began advertising and selling the residential lots of the new subdivision served by the South Ryan Streetcar.

In addition, low swampy land along Pithon Coulee and streams on the south shore of the lake were drained and reclaimed. An ancient lovers lane and walking bridge at Pithon Coulee was demolished and a new carriageway (now Shell Beach Drive) was constructed connecting Lake Charles.Front Street and the new bridge at Walnut Grove to Westlake. The old Perkins homestead was razed and the orange grove was lost in a freak extended cold snap.

The Sanborn maps provide evidence that most homes in Margaret Place were constructed between 1912 and 1937.  The oldest standing home in Margaret Place, the Leon Locke House was built in 1912

This article was featured in the program for the 2011 Palm Sunday Tour of Homes. We express our gratitude to